27. 10. 2022 by Tim Walker
tours places people
Riding days 3 and 4 illustrated quite nicely why these two Mediterranean islands are heaven for motorcycle riders. Both days were filled with mountainous riding packed with the twisties and sweepers that riders desire.

And the curves had variety. Along the coast, sweeping, gentle curves kept you high above the sea, hugging the cliffs and giving you beautiful vistas along fairly wide roads. When our route veered away from the coast and into interior foothills, the roads narrowed, and the curves got a bit tighter and were packed together one after the other. And in the high mountains, the curves were technically challenging, with tight hairpins on even narrower roads that most likely also included a steep incline or decline while exiting. And because this is riders’ heaven, road surfaces were almost always excellent!

On this third day of riding and dining together, it was clear that most members of the group were seafood lovers, who loaded up on mussels, calamari, and fresh ocean fish. Sardinians often grill their fish whole, from head to tail, with simple spices such as mint, onions, and leaves from the aromatic local shrub called mirto. Group members occasionally ordered fish for two, which featured the waiter skillfully filleting the cooked fish at the table side, partitioning it into two servings.

Seafood is plentiful on the two islands. Enjoying a group lunch on the road.

Dinners were also when riders who wanted tips on mountain riding received expert advice from Anže, our motorcycle guide, and riders of all skill levels learned something new from these skilled riders. And what sage advice Anže was able to give us, because he teaches at a high-performance riding school in Slovenia!

The day’s ride began in Corte, high in the interior Corsican mountains, which have such rugged terrain that they have deterred industry and large-scale agriculture. As a result, the area has mostly undisturbed nature, making it a hikers’ and climbers’ heaven, too. Our ride out of Corte heading south sent us through dense pine forests, and we often passed trailheads for the GR20, Corsica’s portion of Europe’s Grande Randonnée trails. Because it takes two weeks or more to go end to end, this trail is exceptionally popular with serious and adventurous hikers. Our day’s ride, which traversed nearly two-thirds of the island, took us considerably less time, but it was still a long day because it was our longest ride yet, at 235 km.

We could feel the lingering legacy of Corsican-born Napoleon Bonaparte, more than 200 years after his reign ended. The French Emperor ordered the planting of chestnut trees alongside roads all over France, both to give his troops shade to march in and to provide food for French citizens. Napoleon’s decree resulted in two things: messy chestnuts falling onto the roads (a slippery danger for motorcyclists), and castagnaccio, a Corsican chestnut and honey cake (dangerous for your waistline).

After a group dinner the night before in the pleasant old city of Bonifacio, we headed directly to the port for a morning ferry ride to Santa Teresa in Sardinia. The clear, bright day gave us a spectacular view of the fortress atop the limestone cliffs surrounding the harbor as we said au revoir to Corsica. The perfect weather made the trip a pleasure and the one-hour passage gave us another chance to swap stories of our journey so far and to get excited about the Sardinian roads ahead.

Several of us remarked that this was the fourth consecutive day of summer-like temperatures and sunny skies, and that the weather forecast for the duration of the ride was for that streak to continue, which was a great situation to be in!

In the day’s briefing on the ferry, our guides said today’s route would be nearly as long as yesterday’s ride, but significantly faster due to excellent roads. And they were right. Making good time, we arrived mid-day at the scenic coastal town of Castelsardo with time to take in the fortified city perched atop a tall stone outcropping extending into the sea. We took the opportunity to take selfies and group photos with the prominent town as a dramatic backdrop.

Soon we were in Alghero, the day’s final destination. It has a different feel than other Sardinian towns, namely an Arab/Catalan character in the old town’s buildings and streets. That feeling comes from being founded by Arabs, who were then ousted by Catalans, who remained there until the 19th century. The tree- and cafe-lined seaside promenade from our hotel to the evening’s restaurant was uncrowded, and the apartment rentals along the route had mostly darkened windows, indicating that the ultra-crowded summer season is definitely over. Yet another advantage for taking an autumn motorcycle tour to these islands.

Our dinner, outdoors in the uncrowded old town, started as they all have so far, with pre-meal baskets of carasau, a type of thin crispy bread that’s impossible to stop eating. And, no surprise, focused again on the glorious seafood that Sardinian chefs prepare so well.

Dinner in Alghero Old town. Anze, the guide; in a white shirt :)

The group had a planned rest day in Alghero, with several options for riders. Rest, of course, is always an option, and a tempting one at our hotel, which had a spa and a large outdoor salt-water swimming pool. Some in our group opted for the half-day boat trip arranged by AMT that went to the Grotta di Nettuno (Neptune’s Cave), which extends more than 2 kilometers into a cliff. Others went riding to visit nearby sights, either on their own, or with AMT van driver and guide Peter.

Motorcycles safely parked for a rest day at the hotel parking. 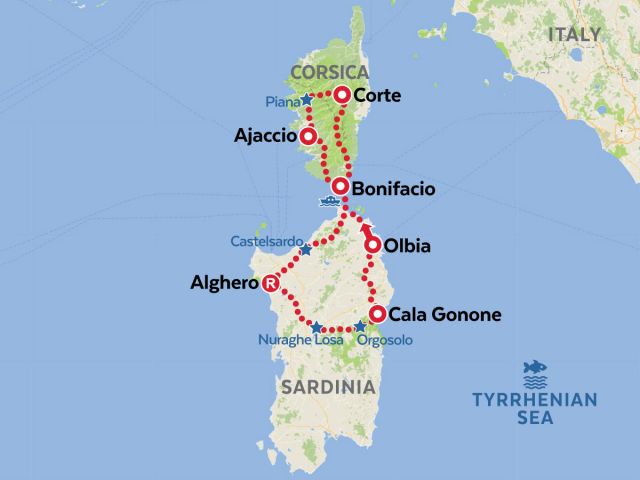 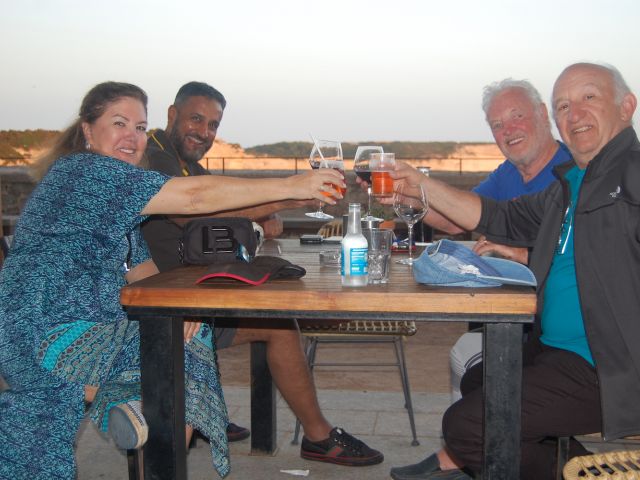 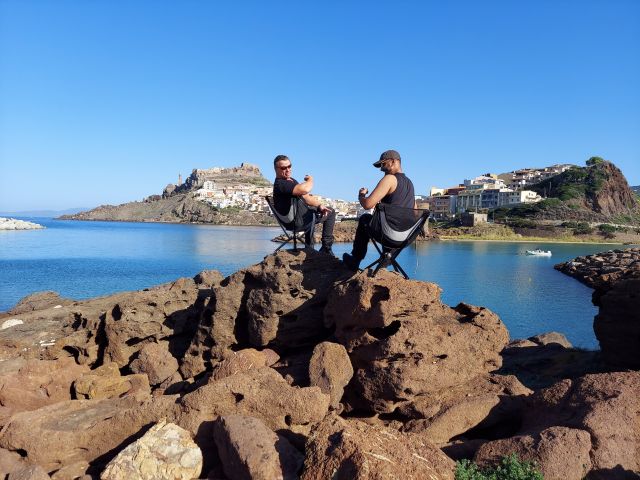 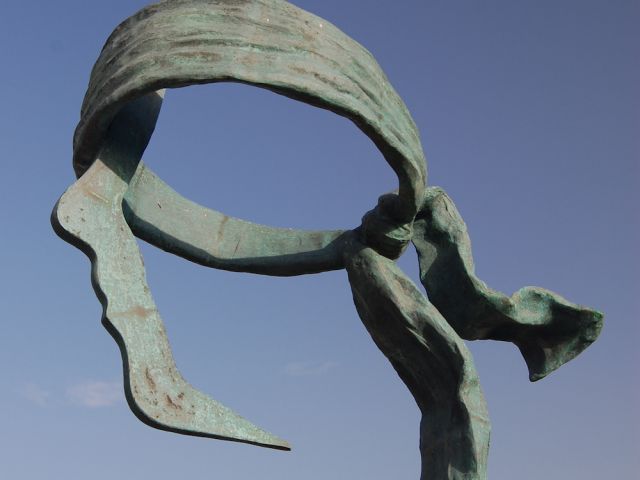 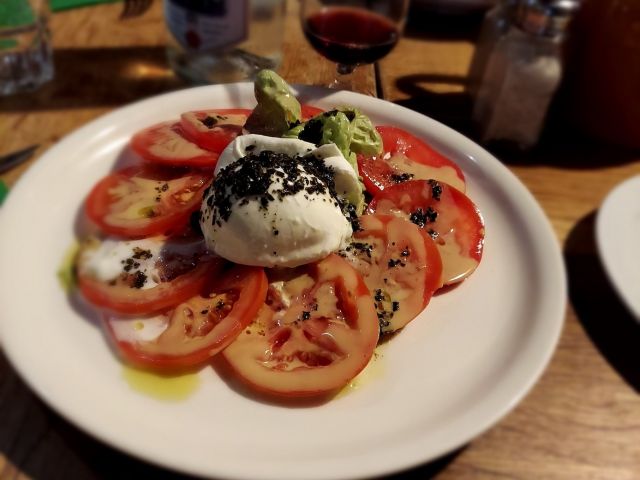 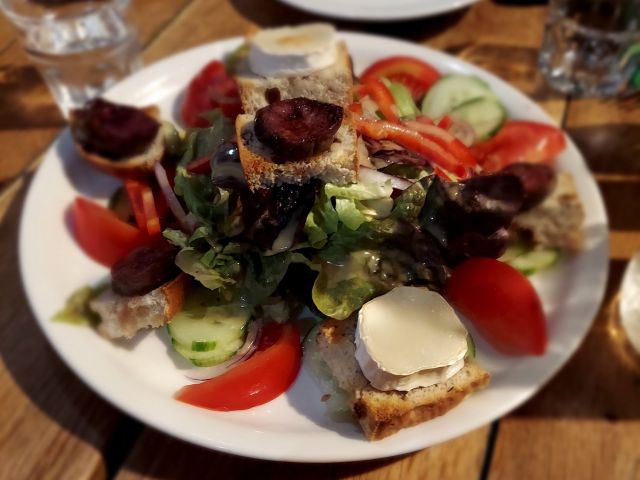 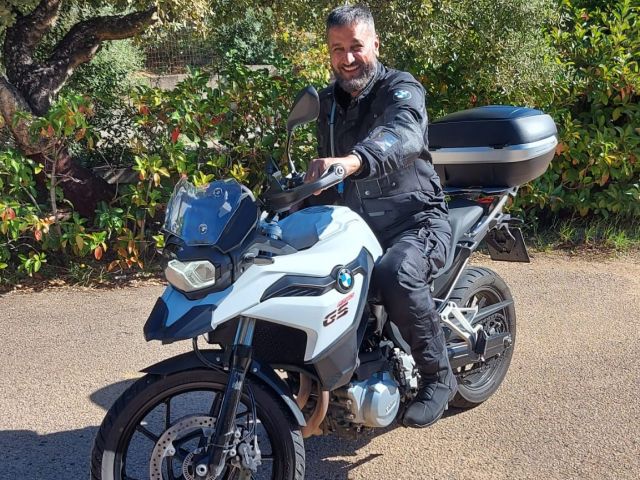 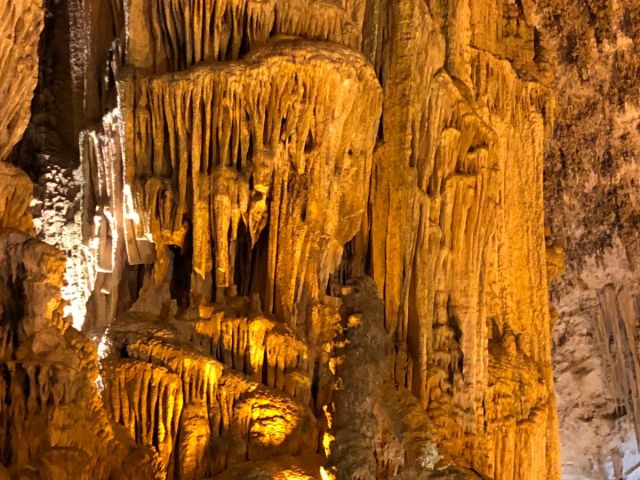 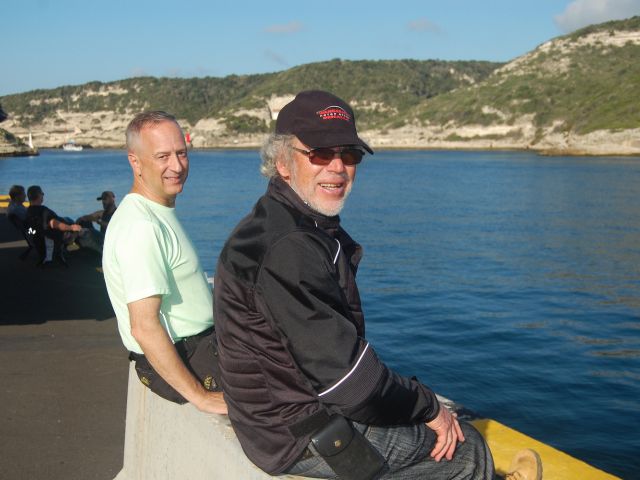 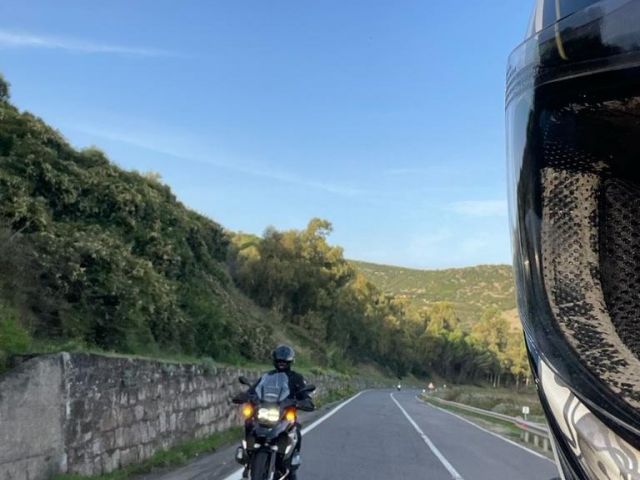 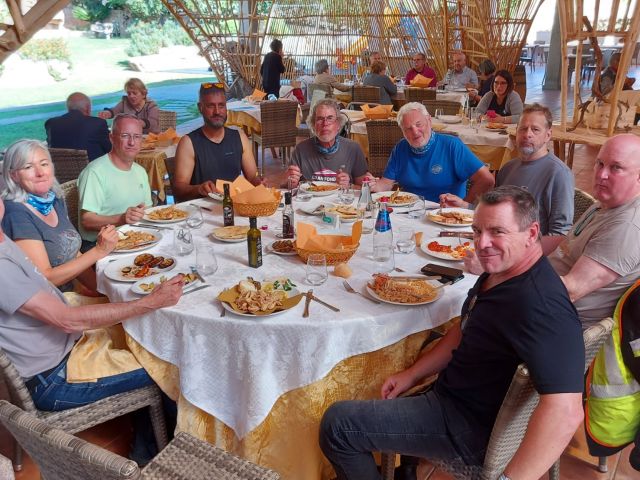 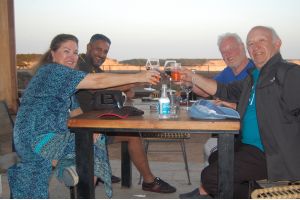 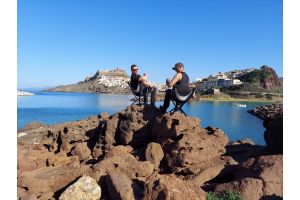 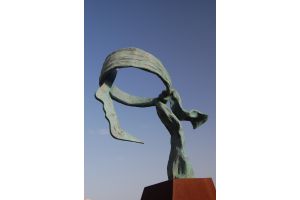 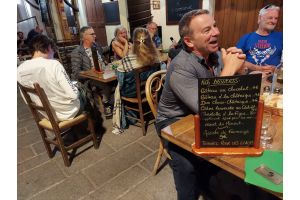 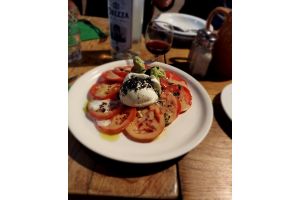 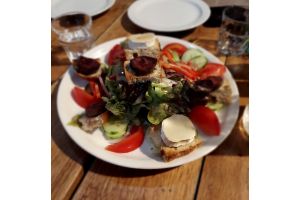 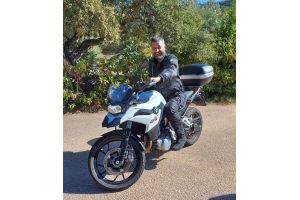 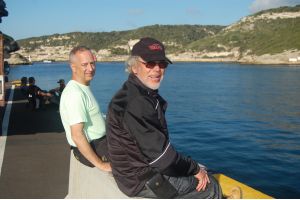 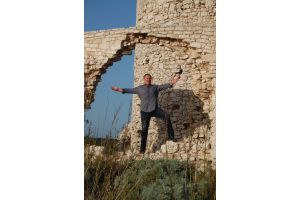 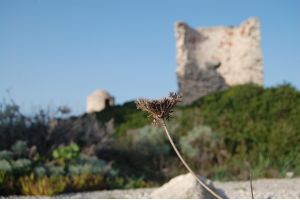 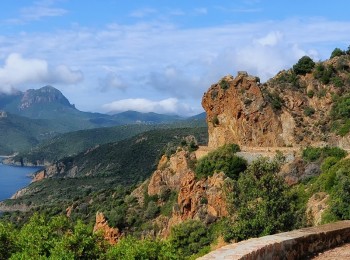 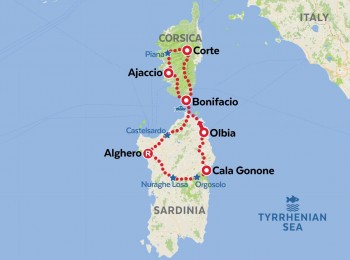 Welcome to one of the best riding adventures! Beautiful Costa Smeralda, in the north east of Sardinia, is our starting point for discovering the island.